As part of the line up for this year’s Singapore Heritage Fest , a series of neighbourhood trails was held to allow locals to embark on a historic tour of places and sights around some of Singapore’s oldest neighbourhoods. Wanted to go for the tour at Joo Chiat/Katong but the places were snapped up almost immediately! So, the Sembawang Heritage Trail it was!

This trail brought us to some familiar places such as the hot spring and others like the jetty that was previously used by the Royal Malaysian Navy and the last surviving kampung mosque. Unfortunately, due to a lack of time, we were unable to visit the Old Admiralty House. To add to that, the inexperienced tour guide was not able to share much details about the various places of interest so  the tour, albeit a free one, felt more like a bus ride with several pit stops.

The picture below shows the Woodlands Jetty, which is still operated by SHELL. Frankly, this was the only place amongst the list of places that we visited that quipped my curiosity so I did a quick search on the history behind the SHELL depot and jetty and found this site that proved to be very informative. 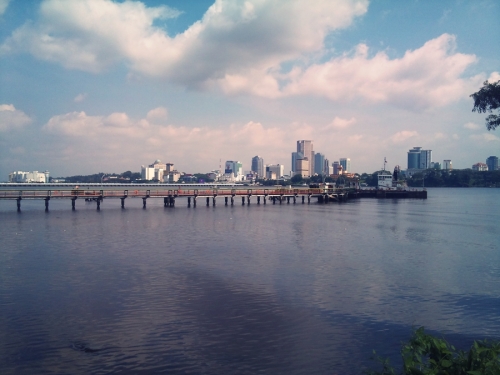 For many years, the Malay Muslim community living in kampungs in Sembawang had to pray at suraus (small prayer house) before funds were raised to build a mosque. The Lee Foundation donated a total of $10 000 for this project. Originally named as Masjid Kampung Tengah, the mosque was completed in 1963 and served as the main place of worship for the Muslims. Today, the mosque is the last remaining kampung mosque in Singapore.

The establishment of the Singapore Naval Base back in 1920s saw an influx of Indian migrants who came to work as naval workers. 1 of the Hindu naval worker had a dream about a Hindu deity and a golden cobra under an elantha tree. A chance encounter the next day saw him finding the tree of his dream near Canberra Road, in which he interpreted it as a divine sign.

As such, he decided to build an altar, which soon became a place of worship for the Hindu workers. Funds were raised to build the temple in Sembawang. However, it had to be relocated to its current location at Yishun Industrial Park to make way for the Sembawang New Town. 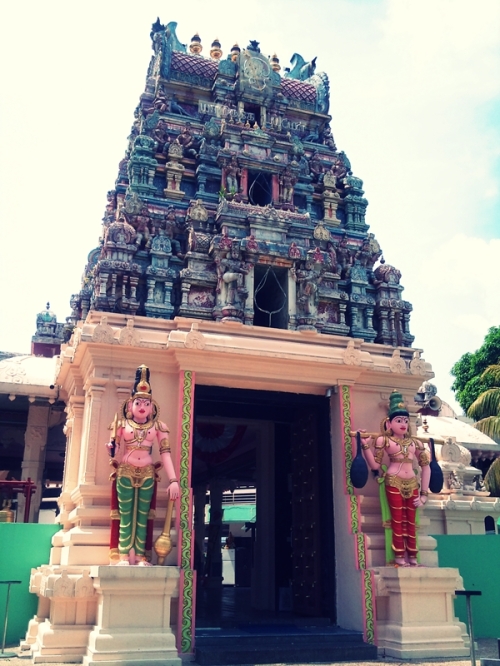 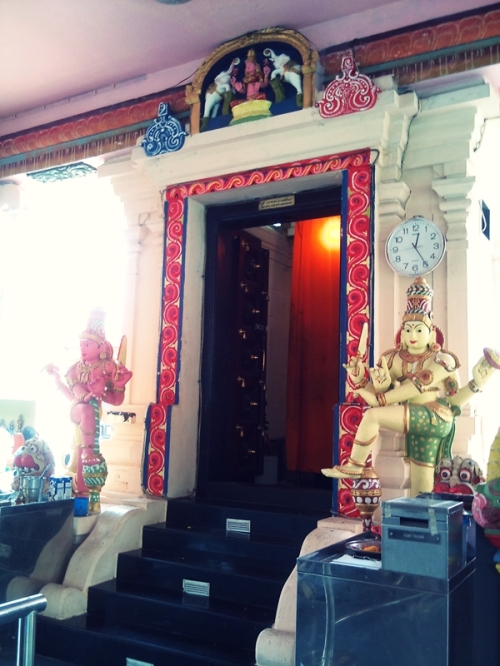 “We started coming here since 1990s, after reading about it in the papers. The water is good for the skin, and when my ankles hurt, I will come and soak my feet. The pain will go away.”
-Mr Chew Cheng Hoe and his wide, Mdm Ling Ai Lee-

This was the boy and my 2nd visit to the hot spring so we pretty much knew what to expect. However, our fellow tour mates had a ball soaking their feet in the buckets of natural spring water as it was their first time to our very own hot spring! 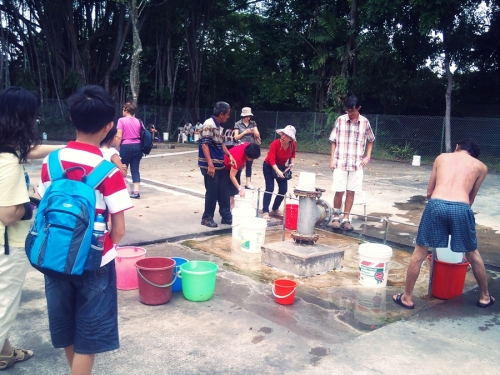 * All information from the Yishun-Sembawang A Heritage Trail book

This entry was posted in About Singapore. Bookmark the permalink.